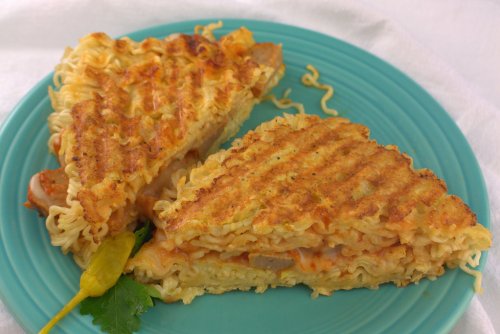 I didn't figure I would have too much success with ordinary vermicelli since it would likely fall apart. And I didn't want to use something like lasagna noodles. But ramen  is already mostly cooked (since the type I use is instant, like what you see in  the grocery. There is other ramen that is not instant, which I use for ramen soup...) and comes in a nice little square. I've already tried using instant ramen for things like pan fried noodles which works out pretty well.  I liked that the noodles are square and wound into each other. So I set about to cooking them soft without disturbing them too  much by covering with boiling water in a small bowl, then doing a gently drain.

After that I poured a seasoned egg mixture on top with a little butter and let them  sit about ten minutes (probably not necessary- I  was just doing something else concurrent). Then I slid them into a small hot skillet and browned it, being careful when I turned it. One I almost  wrecked when flipping,  but turned it back over, straightened it, then flipped it again and all was fine. Then I slid them onto foil and chilled them so they would sort of "set up". Topping was the easy part and I just did mine in a panini machine. You could probably do it with a Foreman grill as well (although I have never owned one) or maybe even a waffle iron if it isn't too deep  (some are less so).

I wondered if these might end up being a knife and fork thing. But. Remarkably, you can pick them up with your hands and eat them like a sandwich (albeit a bit buttery). I found one sandwich to be quite a bit (I only managed half) but then I find  many pasta dishes to be very filling. So kids and light appetites won't eat it all, but a big guy probably will.If someone doesn't mind sharing a sandwich, these should be perfect. I recommend them with a little tossed salad and a bowl of extra marinara for those who like to dip.

Overall,  they are a bit weird, but very fun, and sometimes that's what blogging is about--not just doing the tried and true, but trying new and interesting things together. Maybe you or I will want this every week,  or maybe something a little more mundane, but at least making a sandwich with noodles for bread is off the bucket list. BTDT, got the blog post to prove it. LOL! Enjoy. 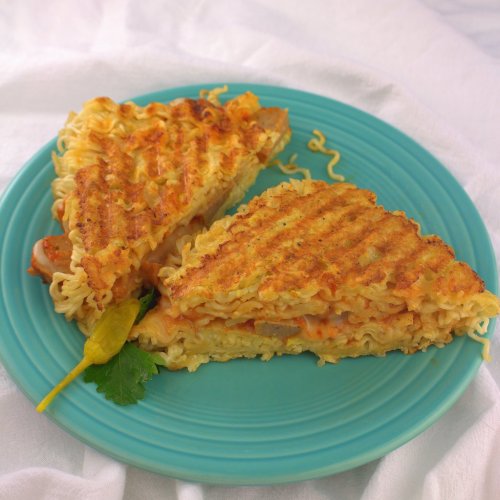 Join  me tomorrow
as I do a week of remade recipes for better health called #recipemakeover. It  comes complete with a giveaway from a couple of sponsors so try to enter as much as you can. You should be able to get an entry for completing certain  offers in the giveaway form, such as signing up to follow the sponsor, etc. I'm sure you have seen that kind of thing before. I'll be starting off Monday with giveaway info and a lightened up buttermilk pie from Virginia Willis. Later in the week, I have Dry-Rub Buffalo Wings, Vegetable Stew, Powerhouse Pumpkin Pancakes, and Greek Cauli-Rice. Join me each day! ~Sue 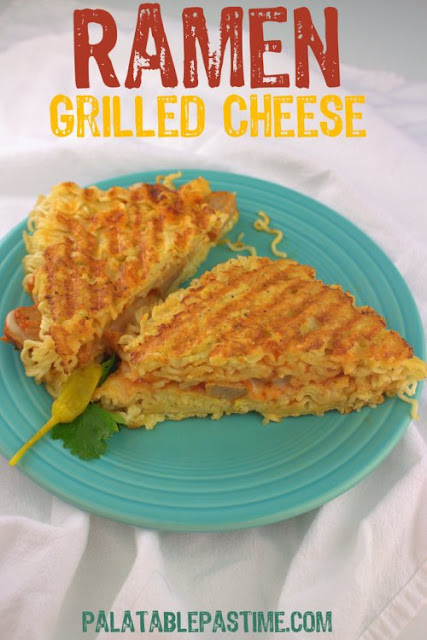 Most of the prep time is just chill time....
Ingredients:
Method: 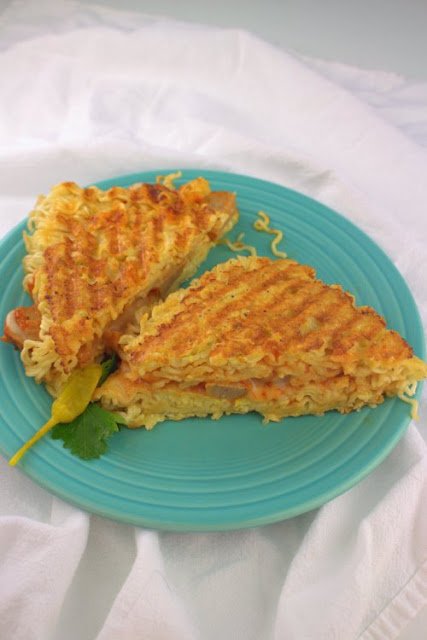